Papa Kebab: is this the best falafel in New York?

I am not one for writing odious, New York Post-like headlines, but I really want falafel connoisseurs to eat these and let me know what you think.

As you know, falafels are as common year-round as pumpkin spice lattes in fall - those crunchy, golden bally things that make vegetarians feel superior and placate meat-eaters forced to share a table with them.


They're typically yellow or golden brown outside, and often the same inside. Except at Papa Kebab, an unpretentious little eaterie in West Chelsea whose unfortunately pedestrian name belies the excellence of its food. More about that in a minute.

"If they're yellow inside it's from a mix, these are fresh," says the owner.

Prodded for the recipe, she revealed that they contain fresh cooked chickpeas, ground up celery, cilantro and spices. The result is a crunchy falafel with amazing moistness, complexity and depth inside, neither too spicy nor tangy (like the extremely inferior falafel from PRET - you'd think a giant corporation could get spice balance right). Six of them are served sizzling on a plate with a yogurt sauce for $6. They are truly worth a buck each, and thus, qualify as "cheap'n'choosy."


The next standout cheap'n'choosy offering is their traditional Turkish lentil soup, called Mercimek Gorbasi, according to the young server I asked.

Unlike the typical brown, heavy, lentilly, celery-carrot-and-oniony, stewy kind of lentil soup you find at most places (including Wholefoods) this is an amazing tangy, lemony, tomatoey, minty concoction that's like a warm gazpacho meets tikka masala meets Moroccon mint tea. That's the best I can describe it. It's made of red lentils, carrots, mint and spices, pureed really fine.

I have tried to replicate this from authentic recipes on the internet and could never got mine to taste like this. I've even ordered it cold in the heat of summer, with ice cubes in it, like a gazpacho. The kitchen looked at me like I was some weird eccentric, but having worked in food, I know how you can flip and bend staples to create seemingly new palate-pleasers (witness the cronut, sushi burrito, ramenburger...).   A generous bowl served with hot house pita is $6.


So what's for dessert? The Kazan Dibi, "a Turkish, caramelized, upside down milk pudding sprinkled with ground pistachio" is a must. This is really what dessert is all about - not too sweet, and reminding you of something milky and comforting your mother served up after roast chicken, carrots and potatoes. An absolute bargain at $5, considering desserts in restaurants regularly top $11-13 these days (probably because no one has a dessert to themselves anymore - everyone seems to share).

So there you have it. These 3 things will set you back $17 plus tax and tip and you will savor every mouthful.

The other food at Papa Kebab is also excellent, for example the skewers, particularly the Joojeh Chicken Kebab, $11  ("tender medallions of grilled, chicken breast, marinated in saffron, yogurt and onion")  the Turkish do seem to know how to cook breast meat so that it is not dry. For your omega-3 hit, I like the Salmon Wrap.

Don't let the name, which conjures up visions of beige-tiled gyro joints serving ho-hum lettuce and tomato on pita and smelling of Fabuloso at the end of the day - cause you to stroll by. I am not into pretentious BS but in this case I wish they'd change their identity to something hipster and Brooklynish if only so they get more business and stay in business. This neighborhood (RIP Colas, Nooch, Bombay Talkie, La Lunchonette etc etc) has already lost too many great restaurants.

Popular posts from this blog 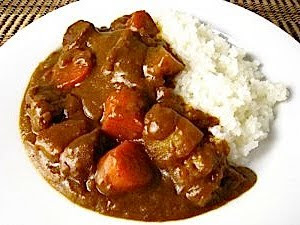 What's the most eaten meal in Japan? It's NOT sushi. It's not even ramen. Nope, it's this thing called curry rice . Curry rice appears on practically every budget menu in Japan. You can buy it to go for around $3-4, when most simple noodle dishes or soups range from 600 yen or $US6.50. Curry rice is the staple of millions of ordinary Japanese families, and even more geeky bachelors, I bet. It's even been immortalized by this miniature curry rice meal I found at Kid Robot in NYC. So what is it? It's basically made from a pre-packaged curry rice cube that comes in a packet - they call it a roux, and the competition to make the perfect roux is stiff. Now of course, you can get this exact same kind of thing from India, China, Malaysia and so on. But if you read Japan's S&B Foods site, they'll convince you that Japanese curry is the best, because the guy who made a fortune out of it sought to refine it, whereas other countries use it t
Read more

TWO MONTHS after returning from my whirlwind bike+bullet train visit to Japan , I'm still turning Japanese. I'm cooking up a nabe storm in my Kyoto nabemono , I'm drinking sencha+matcha at all the wrong moments (like before going to bed) and I'm leafing luxuriantly through the copy of The Aesthetics of the Japanese Lunchbox  by Kenji Ekuan "one of Japan's foremost industrial designers". Ekuan-san romances the minimalist, orderly tension of the bento box with such a lyrical reverence I wouldn't be surprised if he had something to do with the design of this toothbrush. This is just toothbrush. Thank god.  It's not an mp3 player to groove along to while you floss. It's not a vibrating wand with meat-seeking infra-red technology to hunt and destroy trapped flesh of dead animal from your fajita binge. It's not an exercise in Pantone mayhem and ergonomic design overkill that typifies the average Oral-Turbo-ABC. It's actually even le
Read more